How to Hide the Emperors Child 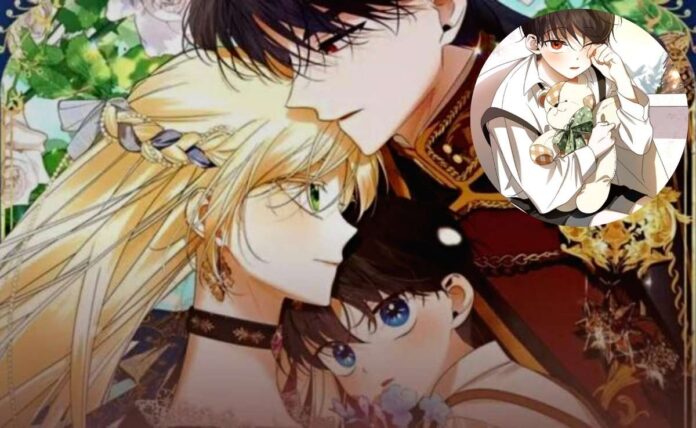 “How to hide the emperors child “is a Korean Manhwa drama genre series started in 2022 and authored by Lee Yeon Sun with the genre in romance, fantasy, and Manhwa.

You never loved me anyway, right?”

Astelle’s long-awaited marriage life ended in a day. She worked hard to become Kaizen’s wife since she was 10, but the only thing left for her was the stigma of being an empress.

She abandoned by royalty; the man she loved, Kaizen, wanted her to leave.

Astelle lied for the last time. The man was the reason for her life, but it was also for the sake of the man who was her husband for a day.

She figured there could be no contact with him once more. However, I  accept I may be pregnant?”After six years, Astelle, who rejoined Kaizen, lied once more.

Spoiler: How to Hide the Emperors Child

As the story starts, in the first few parts, the Main character’s role is to save the Emperor and make him rely upon the tragic thing about Theor being his child. The main character insists that her grandfather and Theor return to their hometown as she has to leave for the Capital as per the Emperor. When the Male lead of the novel, Kaizen, got the news of their return. He wanted them to stay back in the Capital Area. On her way to the Capital, the Male lead offered her various dresses, which she rejected and returned the dresses to him. After resolving the Emperor’s issue, she will return with her grandfather and Theor somewhere in the East Direction.

Meanwhile, Theor has an allergy to fruit, and after eating the fruit, Theor falls ill. Astelle well recognized this situation. The Male Lead instructs Theor and his grandfather to come out of their darkness fully. Marquis’s wife alleged that the Main character has an illegal son and spread this news in front of all. When M.C. came to know about it, she told everyone that the fact was accurate and didn’t decline that. The Male Lead wanted her under arrest. M.C. becomes more careful regarding that after an incident happened with Theor in the Capital.

Theor always put blue drops in his eyes, but according to sources, Theor was not given blue dots for his vision. This sudden misplacement of the eye drops is the reason that everyone realizes it. Theor is the illegal son of the Emperor. Kaizen wanted Theor to be his son, and his blood boiled every time he thought Theor was the son of someone else. When he learned about Theor being his How to hide the emperors child. He was angry with Astelle for hiding such a big thing from him. He can quickly punish Astelle for hiding their child from his father.

The story’s main character, Estelle, doesn’t like the main lead but agrees to marry him gradually. In her childhood, when she called a crown princess. He was very interested in hunting animals and went tracking almost every day over and over again. One day, while hunting, he started drenching in a cold-water lake. When the princess goes to save him from the freezing cold water. She has broken her bones and gets a very high fever due to drowning in the lake with the main lead. That evening, the princess waited for him to come. But he didn’t go as he indulged and engrossed in hunting animals. The next morning, she divorced him after her long-awaited Wedding Day. She never thought that the wedding she always wanted would end this early in the future.

In the end, the main character’s grandfather told him about MC’s loving him wholeheartedly from How to hide the emperors child when she was in the 10th year of her age and wanted to marry Kaizen in the future itself, which she didn’t realize at that time. But now is drowning in guilt for not considering her feelings at that time and want her to forgive him. He feels that he made a big mistake by ignoring her feelings.

When the male lead Kaizen poisoned, Astelle reunited with Kaizen after the incident. A pharmacist saved Kaizen at that time, who later got married to Astelle’s brother. When Astelle’s mother died after giving birth, she devastated. This incident followed by everyone deciding to go on a vacation to refresh their mind. For that, everyone left for a break. When Kaizen and his brother learned about the pregnancy of Astelle and the pregnancy was very complicated. There grows a feeling of guilt inside both of them after listening to the news of the complex pregnancy of Astelle for now being around her in such a situation of her life. Eventually, after being healthy, Astelle gives birth to a baby girl named Estelle.

The story comes to an end with the Kaizen being a very possessive and overprotective father of her daughter, and they both promise to exchange more gifts in the future.

That was in support of our article On the most proficient method to Conceal The Heads of How to hide the emperors child Spoilers and I want to believe that you preferred it. On the off chance that you let, us know in the remarks.